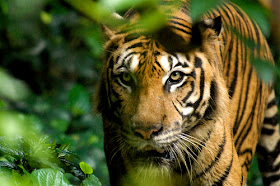 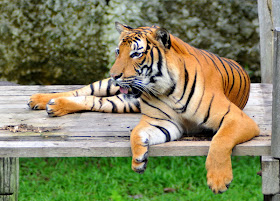 The Malayan tiger is the smallest species of tiger along with the Sumatran tiger, with average female Malayan tigers growing to around 2 meters in length. The smaller size of the Malayan tiger helps it to remain unseen in the clearer parts of the Malaysian jungle. The Malayan tiger was once thought to be the same as the Indochinese tiger, a larger tiger species found in the more northern parts of south-east Asia, and it was only recently that the two were classified as separate subspecies. 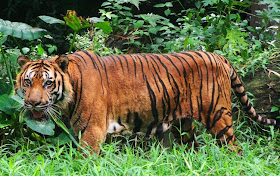 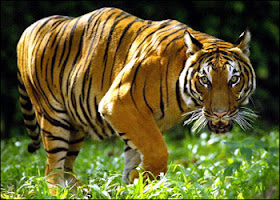 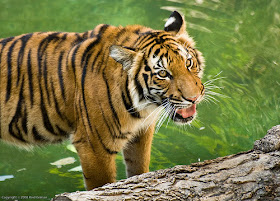